Bingo was one of the very first forms of legal online gambling in the US – it’s fast, fun, and gives you lots of chances to win big! In fact, today’s online bingo industry is many times larger than the traditional bingo halls of yesteryear with over 85% of all bingo games taking place online now.

The online variant has added a lot to the traditional game thanks to the inventive promotions, customizations and chat options which have all served to generate new interest among young people in this age-old game.

Visit Virgin Casino
$30 FREE
On Sign Up
Virgin Casino Review
$30 Free On Sign Up
Up To $100 Cashback On First Deposit
Excellent Range of Games
Use Promo Code: 30BONUS
PLAY NOW
4 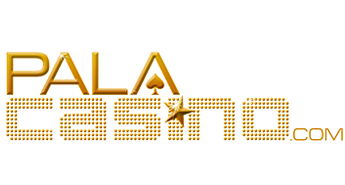 WHERE CAN I LEGALLY PLAY ONLINE BINGO IN NEW JERSEY?

Tropicana Online Bingo and Virgin Online Bingo (by Gamesys) were the first big legal online bingo operators in NJ. They have free games every half hour and their bingo cards range from between $1 to $5. Players can win real money on their free games. However, these prizes are delivered as bonuses and the most a player can win on a free game is a bonus of $12.13.

For paid games and Jackpot prizes, players will receive these as cash payouts. On Gamesys bingo games players can win $40 on a $1 game, $80 on a 2 line game and $194 of a full house.

While Tropicana/Virgin may have been one of the first, they are not the only game in town. Pala Bingo, a totally separate site from Pala Casino, offers the same 90-ball game with the same prize structure. Their cards however are significantly cheaper, starting at just $0.10 making it much more accessible for your average player.

WHY SHOULD I PLAY BINGO ONLINE?

There are several good reasons why you should choose to play your game of bingo online rather than at a traditional bingo hall.

Since online bingo doesn’t need an actual physical set up, numerous staff and a venue, it is much cheaper for the operators who can lower the ticket prices and offer amazing promotions and welcome packages for players. Online bingo offers you a lot more value than a bingo hall would ever be able to.

With the game now being online, most of the processes are automated, with the system even automatically marking the numbers off on each players’ cards. This makes the game significantly easier to follow and players no longer have to worry about missing a number call.

The speed and ease of joining an online bingo game has made it more inviting and accessible to players, with most sites only requiring a few clicks before you are ready to play.

While online bingo might be missing the social aspect of a live game, the chat functionality does compensate for this.

As with most online games, the amount of people playing online far exceeds what you would find in a bingo hall.

With all of the benefits listed above, it’s no wonder that the vast majority of bingo games are now taking place online.

WHAT TYPES OF ONLINE BINGO GAMES ARE THERE?

At the moment there is only one legal online variant, which is called 90-ball Bingo. There are other variants of the game available outside of New Jersey. We’ll get to them in a bit. But first let’s talk about 90-ball Bingo.

Each game of bingo is played on a card (you can buy up 60 cards per game). Each card has 3 lines of numbers with 5 different numbers ranging from 1-99.

The games begin at pre-determined times and most game sites will have a prominent countdown timer to the next game. Once the action is under underway, the numbers are drawn by a Random Number Generator and automatically marked on your card if they match.

The first prize on offer is for a 1-line game, followed by a 2line game. Once there is a winner for each of the previous games, a full house game is played. In this game any player that gets all 15 numbers marked off on a single card wins the jackpot. It really is that simple.

Every card will have 15 numbers (set out in 3 rows and 9 columns). Some of the spots will remain blank. Every line going across will consist of 5 numbers. The first column will have numbers 1-9, the second column will have 10-19, and so on until we get to the last column which will features numbers 80-90.

As mentioned earlier, there are 3 prizes up for grabs in this game. For the first prize players are looking to fill a single line while for the second prizes they’ll be looking to fill 2 lines. Any player who has every number called wins the jackpot prize. It’s as easy as 1, 2, 3, BINGO!

Other Variants of Online Bingo

Play SLINGO for FREE in NJ

You’re probably wondering what Slingo is…well it’s exactly what it sounds like la combination of slots and bingo, and now you can play Slingo for cash, online in NJ!

In time, New Jersey’s 90-ball game could be joined by 75-ball and 80-ball bingo games that are currently played in other states.

How to Play Slingo

Each player receives a card, similar to those used in bingo. Each player has 20 chances to “spin” the numbers on their card. Every time the player spins, 5 numbers will appear and any numbers that match those on the player’s card can be marked off. The aim is for the player to mark off 5 numbers in a row. Depending on where you are playing, the numbers can be in lines, columns or even diagonally.

So far it’s pretty much like the classic bingo game. But here’s where things get interesting there are special items that can appear during the game – the joker, the demon and the angel.

Jokers can be used to mark off a number in the same column as which it appears. If the joker appears in the middle of the card it becomes a Super Joker and can be placed anywhere on the board.

If a demon appears, the players overall score is halved. Fortunately, an angel often appears after the demon and cancels its effect.

This variation is played on a different type of card and has 5 rows of numbers across 5 columns. The central number on each card is free position and is automatically marked off for the player. There are countless patterns that can be used in these games and can make for a nice change to the standard 90-ball game.

In this variation players will aim to get a line in any direction across the board. They can also call out Bingo if they get all 4 corners before anyone else. The card has 4 rows and columns so that each card has a total of 16 numbers. These games are generally quite fast and players can take part in quite a few games at the same time.

IS THERE ANYTHING ELSE I SHOULD KNOW ABOUT ONLINE BINGO IN NEW JERSEY?

It’s worth remembering that there is no real strategy when it comes to bingo as your success is dependent on luck. The only way to increase your odds is to buy more cards for each game. Other than that, we suggest that you stick to established and licensed operators and make sure to take full advantage of all the specials and promotions on offer.

Yes, if you are playing a game hosted by an operator that is licensed and regulated by the New Jersey Casino Control Commission. The industry was legalised in March 2015.

Are there any online bingo bonus codes for deposits?

Yes. Any deposit made to an online gaming site in New Jersey entitles you to a standard first-deposit bonus. See our list of New Jersey online Casino bonus codes to claim free money instantly.

Are there any free bingo games available online?

Yes. You can claim a free strip of six tickets per game in New Jersey. However, these tickets are not valid for Super Jackpot prizes.

Can I play any other variant of bingo besides 90-ball bingo in New Jersey?

Not at the moment. This may change in the near future.